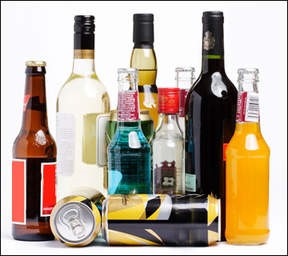 Chances are you know excessive alcohol use is bad for you, but how bad is it?

Although it may seem as though alcohol is an enhancement to having a good time, the reality is that alcohol is a DEPRESSANT. People who drink heavily are three times more likely to suffer with major depressive disorder.

THE DIGESTIVE SYSTEM: Enlarged blood vessels can rupture – this is often fatal.  Heavy alcohol use has been linked to pancreatitis and cancers in the throat, colon, and rectum.  Excessive drinking has been shown to cause chronic inflammation of the esophagus (passageway to the stomach) which can lead to esophageal cancer.

THE CARDIOVASCULAR SYSTEM:  Although moderate alcohol intake has been shown in some studies to be heart protective, heavy alcohol use is associated with serious heart disease.  It interferes with the pumping of the heart, causing irregular and/or weak heartbeats.

THE ENDOCRINE SYSTEM:  The body’s endocrine system (hormonal control system) can be damaged by long-term use.  The balance of the hormones insulin and glucagon (which regulates blood sugar levels) is disrupted; diabetes is common amongst people who drink heavily.

THE NERVOUS SYSTEM:  Heavy alcohol use may damage the nervous system.  This damage may include peripheral neuropathy (numbness and tingling in the legs, arms, hands), and Wernicke’s syndrome (an inability to comprehend the spoken or written word, disordered eye movements, poor balance and difficulty walking).

*Drinking is substantially worse for women than for men.  One of the main differences between men and women related to drinking has to do with dehydrogenase, a metabolizing enzyme that helps the body get alcohol out of its system. This enzyme helps men process alcohol more efficiently, allowing them to drink more and not feel the effects as quickly. Women generally have less of the enzyme than men, so more of what women drink enters their bloodstream as pure alcohol.  A female is at significantly higher risk for developing organ damage such as alcoholic hepatitis and cirrhosis. Females are also more likely than males to die from these conditions.

But the potential damage does not stop at the liver. Because women’s bodies are more exposed to alcohol’s toxins, they are more likely to experience alcohol-related brain damage and loss of cognitive function. Women who drink heavily also have an increased risk of thinning bones, falls and hip fractures, infertility and miscarriage, premature menopause, high blood pressure, heart disease, and cancer, especially of the breast, head, and neck.

While men have higher rates of alcohol use disorder diagnoses, women experience the physical damage from drinking significantly more quickly than men do. Consider a man and a woman who both drink heavily. Over time, statistically, the woman will begin to have more severe health problems within five years, while it may take 20 years for the same health issues to show in a man.

For those entrenched in heavy patterns of alcohol use, it can seem like an insurmountable feat to stop, or even just to cut back.  If you are ready to face that challenge, you do not have to do it alone.  I work with individuals collaboratively to address problematic use in a personalized way.  We do not live in a one-size-fits-all world – shouldn’t your treatment be one that works best for you?