Adolescents are not monsters. They are just people trying to learn how to make it among the adults in the world, who are probably not so sure themselves.

LET’S FACE IT: THE TEEN YEARS ARE TOUGH. They were also tough for our parents, but we were too busy dealing with our own adolescent development that we probably didn’t have the capacity to notice at the time!

So, what are some normal key (and slightly maddening) issues of adolescent development? 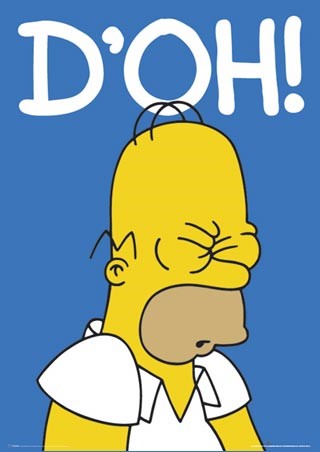 • Teenagers suck at interpreting the emotions of others. The adolescent brain is still developing until around the age of 25. In a well-known fMRI study that documented the brain patterns of adolescents with their adult counterparts, it was determined that the immature brain circuitry of the adolescent brain contributed to their inability to correctly identify the emotions of others. Whereas adults use the cognitive processing area of the brain that focuses on reasoning and planning, the youth brain utilizes the “gut reaction” (amygdala) area of the brain. What this looks like in real-world situations is youth appearing to behave in reactionary, emotional and impulsive ways. Teens may accuse others as being angry when in actuality the other person is communicating in a calm manner. As teens get older, their brain patterns shift from the reactionary area of the amygdala towards the frontal cortex, increasing sound decision making and rational thought. As a parent, it can be helpful to recognize that you aren’t going completely mad (remember the common humanity element of self-compassion?? This would be a good time to tap into that component!). Also: try to be mindful in how you communicate with youth. If you think you sound slightly miffed in your tone of voice, a youth will probably consider you to be totally p*%#@ed off. Recognizing this and making alterations to “dial down” your voice intonations can diminish power struggles and arguments.

• Teenagers are prone to impulsivity and risk-taking behaviour. As detailed above, this is because their brains are still developing; particularly in the area of cognitive functioning. Oftentimes when you ask a teen what caused them to do something so stupid, they reply with “I dunno”. Turns out: there is truth to that.

• Teenagers are moving away from their early life experiences of total dependence on caregivers, to adulthood where they often simultaneously crave and fear independence. As parents/caregivers it is helpful to give teens a game plan that enhance their ability to make safer choices when the time comes. An example of this could be to tell them:

“If the only option is getting into a car with a drunk driver, call me; even if it’s 3:00 in the morning”.

Or make sure they have cab fare. Help them figure out how to handle a potentially unsafe situation, but allow for them to save face. Upholding your teen’s sense of dignity will increase their sense of worth which in turn will increase their ability to make healthier decisions. Brainstorm with your teen, and come up with a solution that feels comfortable for them – something that will set them up with an increased ability to navigate themselves through life’s sticky situations they encounter moving forward. Convey to them that you won’t express disappointment with them for being in a sticky (or unsafe) situation; instead, you will commend them for using sound judgment to seek help when they need it. It is important for parents to recognize these risks, but also allow for youth to “fix” their momentary lapses in judgment. This is how individuals learn and grow.

• While attachments to parents and caregivers are the most important aspect for overall healthy childhood development, teenagers move away from spending time with those they connected with in early-life and replace them with peer connections. This can be a challenging time for parents/caregivers who often feel abandoned and undervalued (again: the common humanity element of Self-Compassion could be referred to here; most parents struggle with feelings of disconnection from their children during adolescence). Your youth’s inclination to spend time away from loved ones in favour of new-found friends is a normal and healthy aspect of development….and thankfully, it won’t last forever: youth usually start to desire to reconnect with parents/caregivers again around the age of 20.