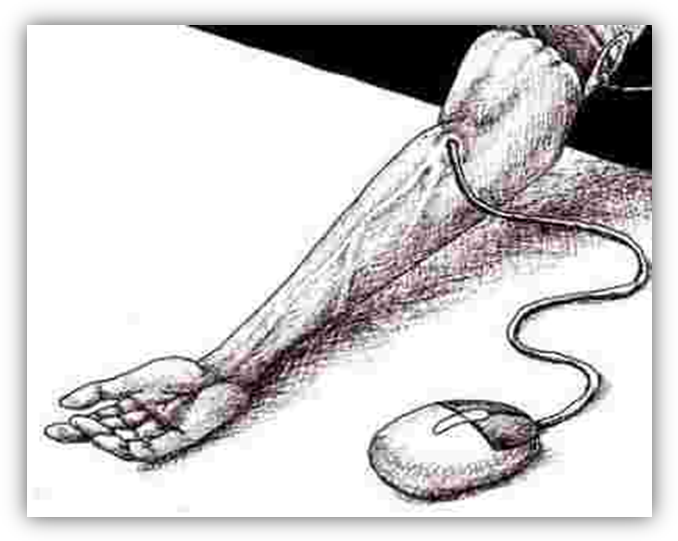 We have all heard people declare they are “addicted” to something when often they just wish to emphasize they they love/immensely enjoy something (e.g: “I am addicted to this new show on Netflix!”).  Dramatic emphasize aside, the term addiction can mean any behaviour or substance one engages in compulsively, that an individual is unable to control despite a desire to do so, and that has caused adverse consequences in one’s life.  Miller (2015) asserts that in a behavioural addiction there is an increased need to be involved in the activity and the activity is used to numb emotions, and there is evidence of increased vulnerability in the person as a result of emotional problems, social factors, and lack of alternative activities.

The only behavioural (or process) “addiction” that is recognized by the Diagnostic Statistical Manual of Mental Disorders (DSM-5), is that of gambling addiction; however, society has identified other common process addictions such as videogaming, internet/social media usage, shopping, workaholism, exercise, and pornography.  Behavioural addictions give one the same dopamine “hit” that a substance addiction provides.

I commenced my counselling career working with youth clients.  Teenagers nowadays contend with many more social pressures than previous generations.  Back in April I wrote a blog on how social anxiety is on the rise, and how social media is attributed to this (https://blacksheepcounselling.com/2017/04/what-is-social-anxiety-disorder-aka-social-phobia-and-is-it-on-the-rise/).

A 2012 Harvard research study reported that talking about oneself through social media activates a pleasure sensation in the brain usually associated with food, money, sex, and intoxicants (Sinek, 2016).  Engagement with social media and cellphones also releases the alluring chemical dopamine, creating an urge to continually seek more dopamine “hits”.  Combined with the importance of peer relationships for teens and the developmental adolescence issues such as the narratives of the imaginary audience: “the belief that others around us are concerned with our thoughts and behaviours as we are”, and the personal fable: “the belief that our feelings and ideas are special and unique and that we are invulnerable” (Rathus and Rinaldi, 2009), it can be easy to see how a fondness for social media can quickly escalate into a problematic addiction for young people.

There was an interesting article in the New York Post last year entitled It’s ‘digital heroin’: How screens turn kids into psychotic junkies (Kardaras, 2016).  The article warns parents of the perils of early-life screen time, stating that brain imaging research has determined screen time affect the brain’s frontal cortex (which controls executive functioning, including impulse control) in exactly the same way that cocaine does. Technology is so hyper-arousing that it raises dopamine levels (the feel-good neurotransmitter most involved in the addiction dynamic) as much as sex.  According to a 2013 Policy Statement by the American Academy of Pediatrics, 8- to 10 year-olds spend 8 hours a day with various digital media while teenagers spend 11 hours in front of screens. One in three kids are using tablets or smartphones before they can talk. Meanwhile, the handbook of “Internet Addiction” by Dr. Kimberly Young states that 18 percent of college-age internet users in the US suffer from technology addiction.

What can be done to minimize internet addiction?

With children and youth:

Sinek, S. (2016, October 29).  Millennials in the workplace . Retrieved from https://www.youtube.com/watch?v=hER0Qp6QJNU