I learned last month that the term “white privilege” can incite some defensiveness amongst my white friends.  Therefore, I felt that this was worthy of addressing, because I think people do not fully grasp what the concept means, and some people mistake it to mean “anti-white”.  That is NOT what it is about.  It is about increasing awareness, understanding, and empathy to the plight of our fellow brothers and sisters.  It is about social justice.

White privilege is an institutional (rather than personal) set of benefits granted to those of us who, by race, resemble the people who dominate the powerful positions in our institutions (Kendall, 2002).

Privilege is hard to see for those of us who are born with access to power and resources.  Here in North America, I have an expectation of how I am to be treated, and if I am treated unfairly, I advocate for myself with the expectation of resolution of some kind.  I am fortunate that I can do this.  As a woman, I won the “birthright lottery” by being born in the Western world where I have more rights (certainly not “equal”) than my female counterparts in other places around the globe.

However, I can put myself in the shoes of other women who are not so fortunate, because I have traveled to many places where women are treated very poorly.  Traveling to such places means that I too am no longer afforded the rights and privileges that I so easily take for granted here.  In foreign places I have been shunned, denied service, cat-called, pushed aside, groped, insulted, and spat upon.  Personal safety takes on a lot bigger of a priority as a woman traveller.  You soon realize that the human rights you took for granted are not the static concepts you believed them to be; that in fact, they can be considered privileges.  I have learned the safest thing I can do sometimes is to “put up” and “shut up” when encountering circumstances of prejudice and oppression in certain locales (not easy or comfortable to do).

When I was in Jordan, I had a conversation with a man who supported the country’s policies that homosexuality is illegal (punishable by law) and that “honour” killings are legal. A woman may be murdered by her family members if she has been raped as it is perceived that she has brought unforgiveable shame to her family.  As a guest to the country, I chose to keep my outrage in check, but I did let this man know that these views are not present in Western law or policies. He was in utter disbelief that Canada (and many other countries) support same-sex marriage, and that in Canada a rapist would be the one punished, not the victim. Sadly, honour killings do happen here in Canada, but thankfully they are not legally sanctioned.  Examples such as this makes a white Westerner realize what a comfortable “bubble” we live in compared to those being outrageously oppressed every day of their lives.

A relatable example of “white privilege” is an embodied belief most people share that if one works hard (“pays their dues”) that they were be rewarded.  This makes some sense (and is how I personally strive in life).…BUT it is empirically evidenced that this seemingly simple concept is not the case for all members of society.  Take this stat for example: Black males aged 15-34 are NINE times more likely than other Americans to be killed by law enforcement officers.  Does that sound like an equal playing field to achieve success?  Here in Canada, incarcerated white adults in prisons declined through the last decade, while Indigenous incarceration rates are surging: Up 112 per cent for women. Already, 36 per cent of the women and 25 per cent of men sentenced to provincial and territorial custody in Canada are Indigenous—a group that makes up just FOUR PERCENT of the national population. Add in federal prisons, and Indigenous inmates account for 22.8 per cent of the total incarcerated population. Does that seem like we all start off on an equalized playing field to achieve success?  Sadly, no…

They don’t get that we’re not all starting from the same starting point. Straight, cis, white men don’t have the same obstacles — there’s not much in their path. That’s not to say they don’t have any of their own problems, but the playing field is not level by any means. It’s easy for people to dismiss your history, dismiss where you came from. Just because we graduated from the same college doesn’t mean we have the same opportunities. There’s bias, even in the hiring process, and that’s something not enough people are aware of. It feels like a vicious Catch-22 when there aren’t diverse people behind the scenes. That [lack of diversity] alters the company or organization perspective, which means they’re not going to have people who look like the people they are trying to recruit. Even when we do these diversity events, I find that we tend to include other diverse people who also know the struggle and who are already familiar with the burdens, where the audience should be mostly white men and women. People aren’t aware, and they choose not to be. For so many people, unfortunately, the issues with people of color don’t affect them, so why would they burden themselves with caring? ~ Issa Rae, National Black MBA Association.

We cannot change what we don’t acknowledge.  White privilege is a fact of our society.  Talking about it is not about “bashing” white people, it is meant to foster understanding, compassion, and connection.  My hope is that someone reading this, may now chose to consider the discriminations our non-white counterparts contend with daily.  This might be something like getting passed over for a job because the employer thinks their name is too difficult to pronounce, even though they are most suitable for the position (yes, I have seen this happen).

I am cognizant that I hold power that others do not.  I make a conscious choice to use that power in ways that uphold human rights and dignity to those who are discriminated against.  I welcome others in positions of privilege to do the same. 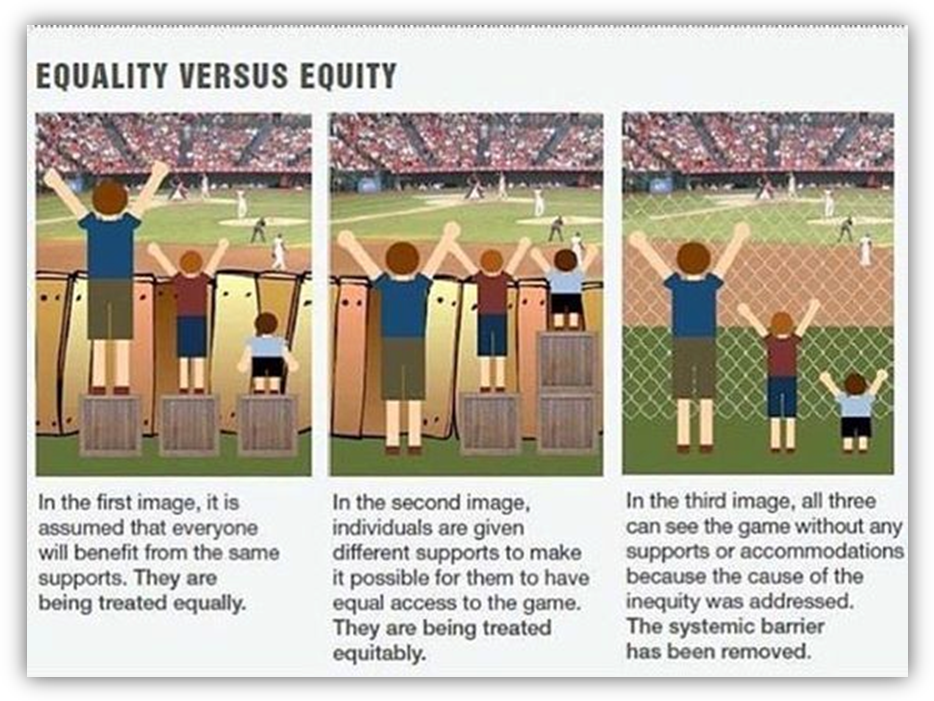