Every accomplishment starts with the decision to try.  Trying means that we will also fail.  Unfortunately, it is the fear of failing that often keeps us STUCK from every moving forward and actualizing our dreams.  Yet, failure is a part of every success story.  Henry Ford stated, “Whether you think you can, or think you can’t – you are right”.  This statement although seemingly simplistic, is profoundly wise. 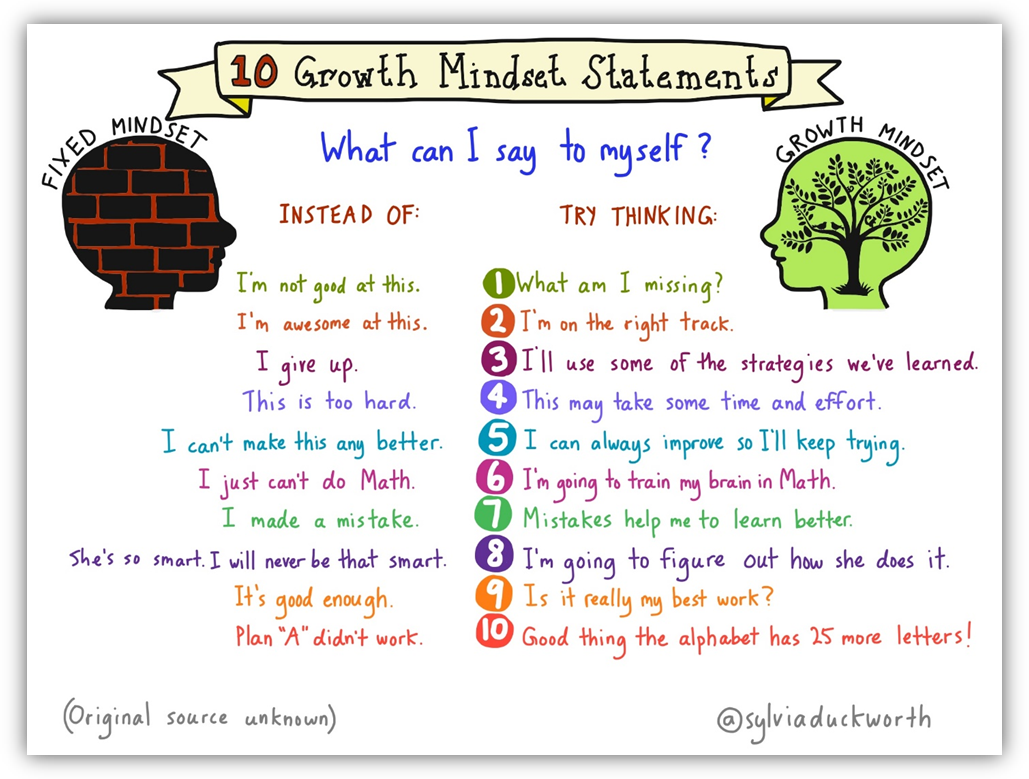 We know from advances in neuroscience that our brains are far more malleable than once thought.  Neuroplasticity research evidences that we can strengthen existing neuropathways and even grow new brain connections over our lifetime.  Interestingly, the concept of neuroplasticity was only confirmed in the year 2000 (a mere 8 years ago) – 90% of what we know about how the brain works has only been learned in the last 20 years (I am a major neuroscience geek ?).

A growth mindset can set you free from negative beliefs regarding Self.  Take this example:  You believe that you are poor at math because your second-grade teacher told you so when didn’t grasp course material as quickly as your peers. With a big dose of assistance from that second-grade teacher you have developed a “fixed” mindset that you are poor at math.  While you may struggle some with math, the approach in which you were being taught math might not have resonated with you, or the teacher’s comment shamed you and made you believe increased effort was futile…and low-and-behold: you have now gone about your whole life thinking you being poor a math is a static fact rather than the mere opinion it is.

So many of us absorb external early-life messages that in turn become our internal voice that limits our potential.  Fostering a growth mindset with young people can greatly increase their ability to actualize their dreams and potential.  Perhaps the best conversation-starter at the family dinner table is, “What did you fail at today?” as means of fostering resiliency, grit and a lifelong growth mindset (what an amazing gift to bestow on our children!) ?