I spent the last month traveling abroad.  One of the things that I love about busting out from familiar surroundings and my comfort zone is how magical moments can present themselves in unexpected places.

Such an event took place at a very “bare-bones” airport in Nepal – an airport so rustic that they don’t even take debit or credit cards (just imagine paying cash for airfare here in Canada!).

So, there we were trying to ascertain what procedure entailed at this airport; instructions were far from clear, and we lacked an understanding of the Nepali language.  For what seemed like the longest duration of time, we were haphazardly lined up to go through “security” (a doorway with a curtain), when ahead of us we spotted a very elderly Nepalese man in traditional dress and a beautifully wizened face with the kindest eyes.  The man was bidding farewell to what appeared to be his grandson, and great-grandson – a boy around five years old.  The love this man felt for the young boy was palpable, and once the boy and his father walked through the curtain, the man wept into his scarf.  Both my partner and I were so moved by witnessing this interaction it brought tears to our eyes – the deep sense of love was astoundingly beautiful.

Quite some time later, it was our turn to go through the “curtain of security” which led us into a waiting area to board our aircraft (we flew “Buddha Air”, which comforted us with an illogical sense of assurance, despite the lack of safety procedures and amenities present at the airport).

Once inside the boarding area, we spotted the old man standing outside the airport fence, clearly waiting until his family’s plane departed.  Despite the distance between us and him, my partner and I could still feel the love emulating from this man.  It caused me to cry so much that we shared what was happening with a family also waiting to board our plane.  Their response was that they thought it was “sad”.  I disagree: I believe that a love like that – one so pure and strong – is profoundly beautiful.  My sense is that this was a simple man; highly doubtful he was educated, and most likely could not even read.  And yet, I have a strong perception that he possesses a wisdom greater that most people I will ever know, for he has the courage to love so deeply and so authentically.

It was about another 30 minutes before the old man’s family boarded their plane, and he did not leave his spot until the plane could no longer be seen from the sky.

This man – this stranger -struck such a powerful cord for me.  Our ability to tap into a love so pure is often impeded by our past hurts.  We are guarded to love others so freely for fear of betrayal…..But what if tapping into this deep sense of love is precisely what will set out hearts and souls free?

Such a great sense of love is within all of us.  It may have been lost, buried, or was never awakened in our childhoods because our caregivers may have been too guarded or wounded themselves to nurture us in ways that we needed.  But, we have the capacity to shower such love upon ourselves.  The longer I live, the simpler the answers seem to get: love is ALWAYS the way. 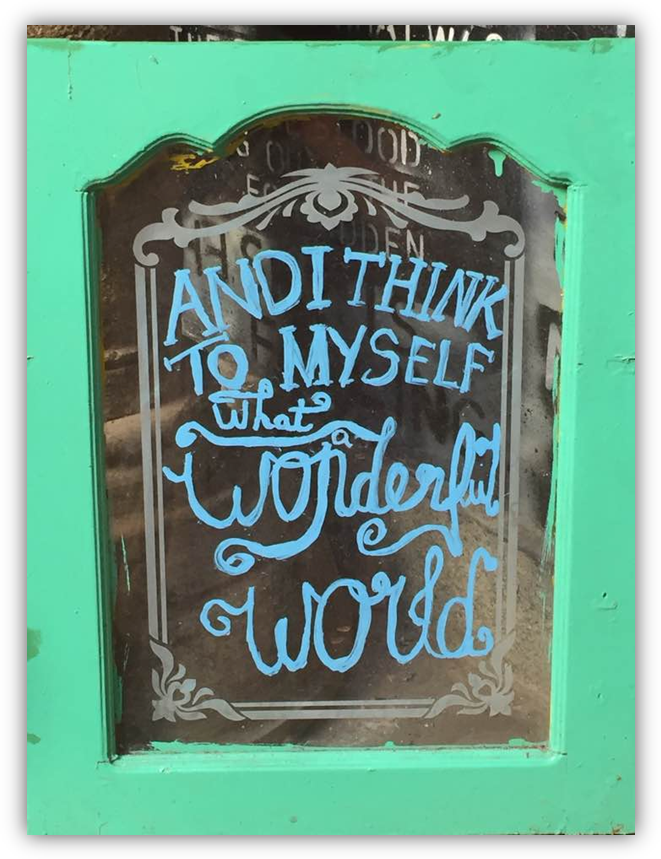