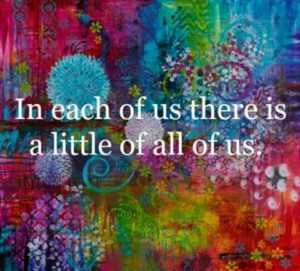 Labels are commonplace in the field of mental health, but are considered a bit of a controversial topic.  On one hand, it is helpful to have a common language and standardized classification system such as the Diagnostic and Statistical Manual of Mental Disorders 5 (DSM-5). The DSM-5 identifies and categorizes mental health presentations to assist health professionals to define disorders, create effective treatment plans, and provide essential information that is often necessary for insurance coverage purposes.  In theory, all useful stuff.

However, it is important to recognize that the DSM (of which there have been five to date) is a “living document” that evolves as new research emerges.  An example of this is through the study of neuroscience, trauma and addiction models of treatment have changed exponentially over the last 25 years. Many practitioners now do not assume the belief that disorders are static concepts.  People can, and do heal from afflictions such as substance abuse disorders, personality disorders, and post-traumatic stress disorder/“illness” (for more on the latter: https://blacksheepcounselling.com/2017/08/post-traumatic-stress-a-systemic-disorder/).  Let’s also keep in mind that it wasn’t until 1973 that homosexuality was removed from the DSM as a mental disorder – something I can’t imagine ANY psychotherapist, psychologist, or researcher in this part of the world considering a “mental disorder” today.  Holding onto a belief that there are absolute “truths” in this field is probably one of the most damaging perceptions we can hold.  It is inevitable that an earlier “truth” will be proven outdated, incomplete, or even downright wrong, time and time again.

An exploration of flaws & considerations regarding the DSM:

I hold the opinion that labels mostly do more harm than good.  Although, that is not always the case.  Neimeyer (APA video, 2014) and Davidson, Blankstein, Flett, and Neale (2014) share that many in the Asperger community have taken delight in referring to themselves as “Aspies”, as a desirable (and perceived elevated) identity*.  Additionally, some individuals prefer to be given a diagnosis as it can better equip them to address their challenges in a tangible and systematic manner, as well as receive medical/insurance coverage.  Having a diagnosis may also validate one’s condition to their loved ones/work peers who may have not have been supportive of how someone truly has been struggling (I have seen this with clients).

*Interestingly, the Asperger subcategory of autism was removed in the latest edition of the DSM.

I believe that ALL of us over the course of our lifetime will exhibit presentations of what is considered “psychopathology”.  Extreme life experiences, circumstances, traumas, and substance misuse produce extreme emotional and psychological responses.  I would argue that this is in fact, healthy and normal responses to abnormal circumstances – if one is oppressed, abused, or neglected, it makes sense that one would exhibit increased signs of depression and anxiety.  Similarly, when one is intoxicated, or frequently engaging in substance misuse, paranoia and delusional thinking are often present. When clients tell me what is going on in their lives that is causing them distress, I imagine I too would exhibit similar signs of depression and anxiety such as panic attacks, hyperarousal, or feelings of hopelessness – to me, this is part of our shared humanity: when something in our lives is off, it causes us to be unwell. Prescribing medication for someone in such a situation is only focusing on a symptom, not the root cause of what is causing the distress (I suggest tackling issues in a holistic manner).  If mental health professionals are more concerned with using the DSM as something more than a guide (forcing individuals to fit into diagnosable boxes), rather than consider the multiple factors contributing to dis-ease, I feel they are not honouring the medical profession’s ethical duty to “do no harm”.